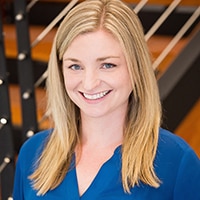 Kelsey’s dog, Ellie, is also affectionately known as “Ellie Belly”, “Bean Girl”, “Sweet Bean”, and “Missy Smelliot”. She was rescued by Kelsey and her husband from the West LA Animal Shelter at 10 months old (after being adopted and returned three times – her time was running out). Ellie loves hiking, carrots, and naps in the sun. She hates pigeons, baths, and cardboard boxes. She’s 7 now and life just wouldn’t be the same without her!

Bud and Luna were both rescued from CA Labs and More before they were a year old. Luna knows what she wants and how to get it. We call her signature move the “torpedo” where she will spontaneously jump for attention and ram her nose into your face at full force. Bud can be very shy and timid in new environments, once he is comfortable with his people and his surroundings, he becomes your best friend. His absolute favorite activity is going to the dog beach. 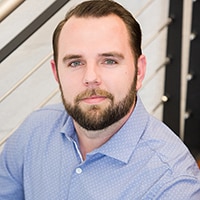 Bryce, born January 24th, 2016, is a Golden Retriever named after the famous baseball player, Bryce Harper. Although most Golden’s have a black nose, Bryce is uniquely known for his pink nose from digging in the mud too much as a puppy. He loves the outdoors, holding his own leash when he goes on walks, and playing with his cat sibling, Schmidt, and doggy bestie, Seager.

Bryce is a single-child dog who is very spoiled with lots of toys, walks, and treats. If you ever find yourself playing fetch with Bryce, you will find that he is lacking the Retriever part of his breed and would rather sit and chew the ball after one throw. His calm energy may fool you into thinking he is much older than he is, but he thoroughly enjoys napping and basking in the San Diego sun for long periods of time.