Congratulations to Rich Guerena on his Promotion to Associate 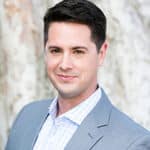 ID Studios is pleased to announce the promotion of Rich Guerena, AIA to Associate. Rich received his Bachelor of Architecture at the University of Southern California and has worked in the Architecture industry for over 20 years. He joined ID Studios 4 years ago and has embraced a leadership role which now includes both technical leadership and mentorship alongside his role as Project Manager.

He finds one of the most rewarding parts of his job is to understand our client’s needs and work with real-world constraints such as building codes, constructability and bottom line costs. His ability to create results ultimately improves how our clients live, play and work and translates into beautiful and healthy environments.

Rich was raised in cities all over Southern California but seriously settled down in San Diego where he has gained an appreciation for good tacos! He and his wife have a busy San Diego lifestyle and two children who they intend to raise to be “decent human beings”. Rich also practices traditional Kung Fu where he is a 2nd degree brown belt and Tai Chi where he’s earned a black belt.

Be sure to reach out to Rich and congratulate him for a job well-done!